History of the Parish

The parish of Steeple Morden lies 14 miles 26km south-west of Cambridge. In length it stretches 6 miles 10km from the river Cam or Rhee, its northern boundary, to the Icknield Way (now A505) in the south. It is 2 miles 3.25km wide at its broadest, but just north of the village narrows to a mere 710 yards 650m.To the west, its boundary with Guilden Morden follows the West Brook, so named by the 13th century. On the east the boundary is old water courses and ancient field ways.

Originally known as Morden or South Morden, the parish was called Steeple Morden by 1242. The Parish Church of SS Peter & Paul dates from the early 13th century and originally had a central tower with prominent steeple that gave the village its name. However, this fell during a storm in 1625 and was never rebuilt. The spire over the south porch dates from the 1860s. A Methodist Chapel built in 1835 closed in 2006 and is now a private house.

Historically, mixed farming was the major economic activity and alongside arable crops, sheep, cattle, pigs and even geese were reared. Modern farming, by contrast, is almost entirely arable. Fruit growing was a significant part of the parish economy in the late 19th and early 20th centuries. 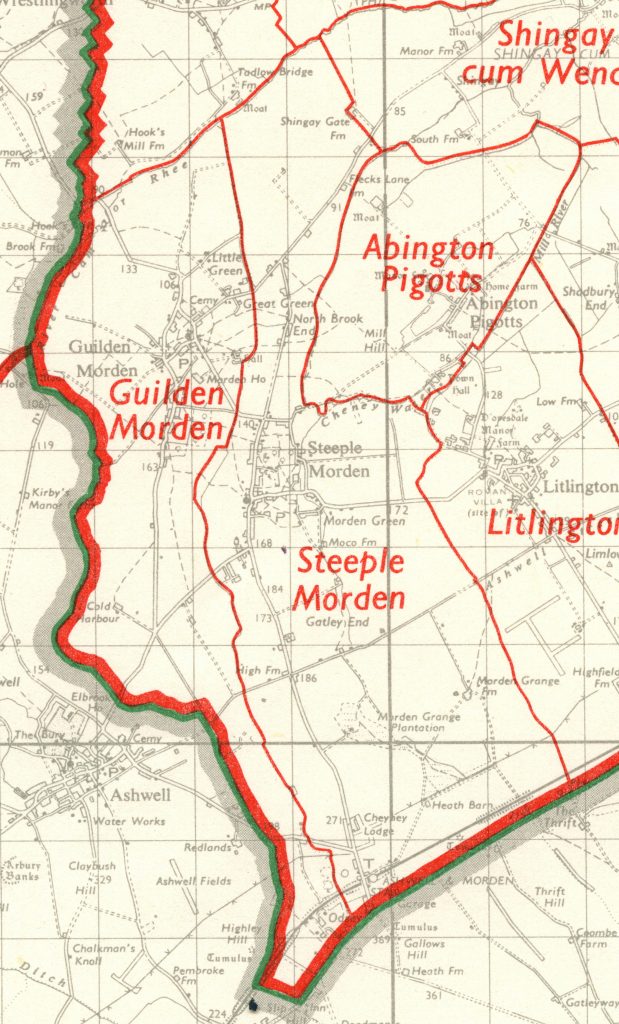 There was a time when the parish was renowned for its number of pubs or beer houses. Totalling seventeen in the mid-1800s, they served an adult population of around three hundred. Surprisingly, eight houses survived into the 1950s, although from then a steady decline has left only one village pub remaining today – the Waggon & Horses, opposite the Church.

Until the late 19th century, the village was clustered around the Church in Church Street at the Hay Street and Cheyney Street junction. Hamlets such as Brook End, The Green, North Brook End and Gatley End housed significant clusters of population. The village as seen today is largely the result of development in the second half of the 20th century.

The arrival of the railway created the hamlet of Odsey, at the south end of the parish. The Hitchin to Cambridge line opened in October 1850, with Ashwell & Morden Station sited at Odsey. One of the first new buildings was The Railway Inn, already operational by March 1851, and now known as The Jester.

In 1938, the R.A.F opened an airfield covering 175 acres on land east of Cheyney Water and extending to Litlington. Initially a satellite of Bassingbourn airfield, this was later used by the 355th Fighter Group of the USAAF.

Many thanks to Andrew Pye for providing much of the information on this page. 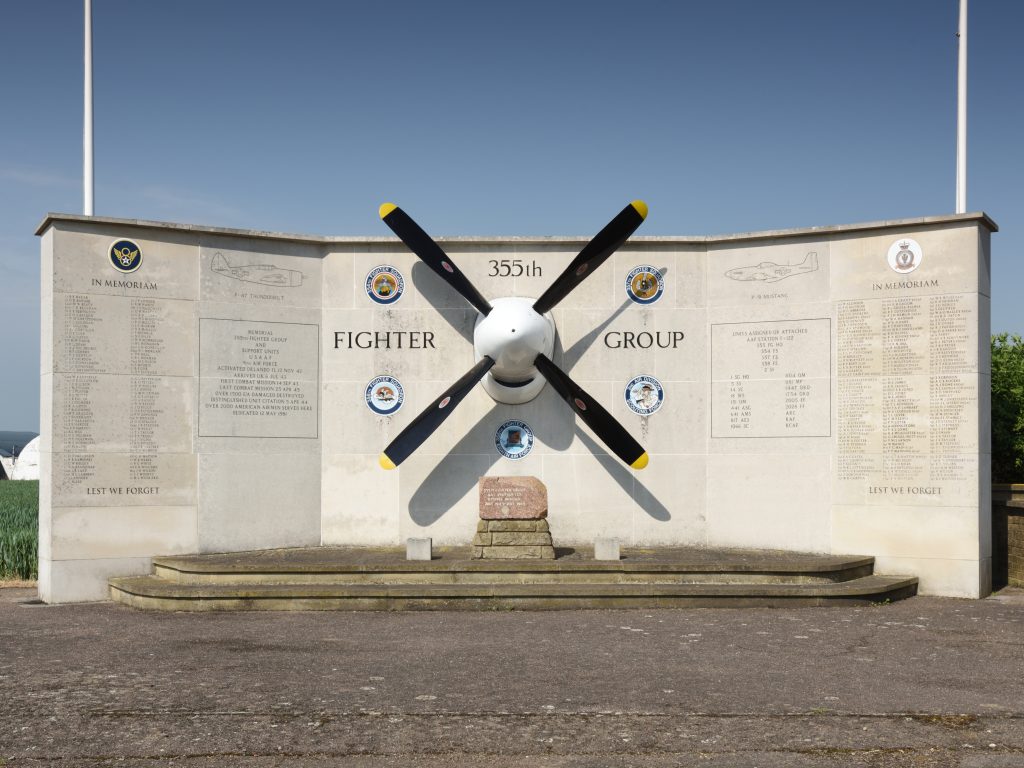 For an in-depth history of the village

Please visit, Andrew’s website for more information about the history of the Parish, and its settlements.

And thanks to Andrew Pye and Geoff Kirbyshire, look back at the Cambridgeshire village of Steeple Morden through the lens of cameras past:

You can find out more about which cookies we are using or switch them off in settings.

This website uses cookies so that we can provide you with the best user experience possible. Cookie information is stored in your browser and performs functions such as recognising you when you return to our website and helping our team to understand which sections of the website you find most interesting and useful.

Strictly Necessary Cookie should be enabled at all times so that we can save your preferences for cookie settings.

If you disable this cookie, we will not be able to save your preferences. This means that every time you visit this website you will need to enable or disable cookies again.